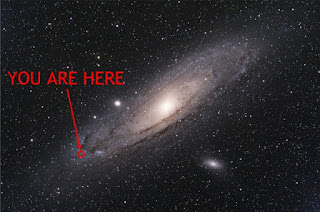 Next Sunday- Palm Sunday- Holy Week begins. It is a time when the long fast of Lent reaches its conclusion and the critical events of the Passion of Christ are remembered.

Personally I find it a sombre and powerful time.

Yet for many in the West the idea of commemorating the crucifixion is absurd and possibly dangerous. For many, to ascribe power to the legendary judicial death of an obscure Jewish carpenter is to ignore the truths that we see all around us. Christ does not mention the things we know today, because he did not know them, therefore he must be merely a product of his time, and therefore not transcendent or divine. Some go further and suggest that Christians or indeed any other religious follower are self deluding or arrogant because they refuse to accept the truths of science.

Personally I do accept the truths of science. I accept the sceptical method. I am in awe of the majesty of the the vastness and stunning beauty we see in the heavens- and the science that helps us start to understand it.

I also know that we know so little. In a Universe where even the Milky Way itself is a mote of dust in the near infinity of space, our perception of reality is limited and partial. Beholding the Universe is something that is essentially impossible, and even the attempt puts us in a position of utter humility. The scale and power of what is out there is quite literally beyond our comprehension.

As a small boy I watched the launch of the Apollo Moon missions, and for me the names of Neil Armstrong, Buzz Aldrin, Mike Collins, Pete Conrad, Alan Bean, Dick Gordon, Jim Lovell, Fred Haise, Jack Sigert, Al Shepherd, Ed Mitchell, Stu Roosa,  Dave Scott, James Irwin, Al Worden, John Young, Charlie Duke, Ken Mattingly, Gene Cernan, Jack Schmitt and Ron Evans carried an almost mystical magic. These men, together with Frank Borman, Bill Anders and Tom Stafford are the only humans have have ever seen the whole of the Earth with their own eyes. Their reflections on the meaning of their mission, notably in the film "The Shadow of the Moon", express profound truths about our place in the Universe. All of them express a sense of spirituality in the way they describe our home Planet in the vacuum of space. Many of them indeed followed spiritual or religious paths on their return home.

Learning more compels us to understand that most truth contains quibbles and qualifications. We need to learn humility. For some the idea of religious faith is the opposite of humility, it is irrational certainty. Perhaps for some it is. I certainly don't feel that way. I accept that faith seems to demand a belief in the impossible. Almost by definition I question this faith at every turn. Yet recently, since the beginning of the liturgical year in Advent, I have attended the Lutheran service in Tallinn. The pattern of Confession, Kyrie, Gloria, Lessons, Sermon, Creed, Sanctus, Lord's Prayer, Pax, Agnus Dei, Nunc Dimittis, Benediction and Postlude is an ancient one. In the mediaeval church of the Holy Spirit, though the congregation is very small in this most secular of societies, the Lutheran music tradition is strong and beautiful. Taking Communion should objectively not mean too much, but in fact I feel considerable emotion. I am moved by the idea that the Universe might have a presiding spirit within it and that our existence may not be merely from some random course of events. The service makes me mindful of my fellow congregants, of wider humanity, the world and the worlds beyond the worlds. I take in the message of peace, forgiveness and trust that is distilled from the approved version of the Christian story. Whatever the details of the origins of Christianity, whatever the complete truth of the New Testament, the faith that is preached today is a subtle and sophisticated analysis of human frailty and human strength.

In the symbols of the liturgy I am actually surprised to find not an empty, dust-filled irrelevance, but a profound sense of purpose. I do not claim that Christianity is the only religious way to encounter the purpose of existence, in fact I do not claim that religious faith of any kind is necessary. I only claim that for some, such faith is and has been a positive force.

We live in a staggering Universe. We should all show humility to the living things that share our stunningly beautiful Planet- a living jewel of Earth hung in the blackness of space.

As Eastertide begins, I remember a Good Friday radio broadcast on the BBC from years ago. It was a retelling of the Passion and used Vaughan Williams Fantasia on a theme by Thomas Tallis as incidental music. When I hear it, I think of my homeland and my family, many of them now living under the eaves of the green hills of Gloucestershire where Vaughan Williams was born. I also think of the passage of time that makes music possible and the Spacetime that we all exist within.

Truth is founded on doubt and uncertainty, it is a way to attempt to understand, even when there are inevitable limits to our understanding- such limits exist even deep at the heart of quantum mechanics. I think the same fundamental conditions apply to faith too.

Maybe understanding doubt is the most profound lesson we can learn from the time we are given here.

So as Holy Week begins, I wish you patience, understanding and joy.