92 Years Ago Estonia was born 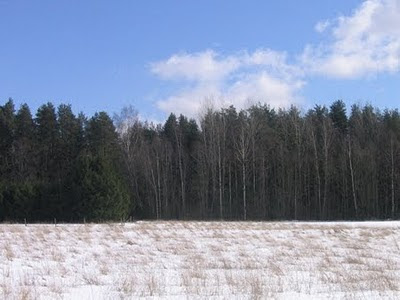 Estonia is a young country but a very old nation. Archeology and DNA suggests that the Estonians or their relatives have been on living on the shores of the Baltic Sea for several thousand years.
After being conquered in the early thirteenth century by the Teutonic Knights, the Estonians endured German rule under various overlords: Danish, Swedish, Polish, Russian until 1918.
The Germans- unlike the Normans who invaded England a hundred and forty years before- never assimilated with the local population, at least not linguistically, indeed until 1816 the Germans owned Estonians as slaves. However, the national awakening that followed the liberation of the serfs- nearly two generations before the rest of the Russian Empire- created a strong sense of cultural identity.
On February 24th, Estonia celebrates the point where culture, education and above all language found a political expression in independence. This independence was dearly bought, with wars against both Russia and German freikorps. Yet won it was. Although the Second world war brought occupation, first by Stalin, then by Hitler, then by Stalin again, still the Estonian people survived. Of the 92 years of the legal existence of Estonia, 45 years were under occupation by the Soviet Union. Arguably longer, since it was not until 1994 that the last Russian troops left the country. By the time of the 100th anniversary- in 2018- then only then will the Estonian times have lasted longer than the Soviet times. However it will only be in 2012 that the second independence will have lasted longer than the first.
However as we celebrate Estonia, we can begin to feel greater confidence that it is not just the huge achievements of the Estonians, in music, art, literature, the economy, culture and sport, that will be lasting, but the Estonian state itself. Estonia by a miracle was able to take her place amongst the nations in 1918, and by a further miracle to resume that place peacefully in 1991.
Historically Estonia was a bone of contention between Sweden and Russia. It is now a slight irony that Estonia, as a member of NATO, is defended by far greater military power than its former masters now possess.
Although the country faces challenges, it no longer faces an existential fight for survival- and that at least is great cause for celebration.
Elagu Eesti!

Newmania said…
I remember Orwell writing that for those who have decided to hate their own country, a sort of displaced Nationalism can take hold. He meant Russia of course but still....
12:00 am

Cicero said…
If you think I hate my country, please explain why this blog makes such a focus of it? I live in Estonia, and have been in involved it its fight for freedom since I was a teenager. I also speak several other languages, but presumably you think that speaking something other than estuary English is also unpatriotic?
8:49 am

Newmania said…
Why “Estuary “ English, is that worst sort ? You know CS reading , with some considerable amusement , your bragging about freedom fighting and translating , it occurs to me that not everything we do lot as teenagers is quite so much fun in our 40s

Or maybe thats just what I tell myself ,anyway don`t take me too seriously just teasing
9:23 pm